Artificial Intelligence (AI) continues to change our world. It allows us to accomplish more in less time, with greater accuracy and scalability, especially in creating a more mission-ready and efficient government.

AI is the use of machines to mimic human reasoning, deduction, and decision making. While machines cannot truly think like humans, they can be programmed to use computational systems, data and data management, and algorithms that use the data to make decisions. As with human thinking, simple decisions require less data. Complex and sophisticated AI requires a much higher degree of data to power the “thinking” abilities.

Humans have long been fascinated with the ability to teach machines to think, and as a term, AI has existed for almost 70 years. Over time, scientists and academics have advanced AI from purely a concept to a practical application.

AI has its advantages and disadvantages. On the positive side, computers have far more immediate computational power than the human brain, especially when dealing with large volumes of data. While the accuracy of this decision making is solely based on the quality of the programmed systems and algorithms, AI factors out human error. On the limiting side, subjective deduction or human interpretation scenarios cannot be replicated by AI’s data-based decision making, leaving it not ideal for all AI applications.

Federal AI spending reached nearly $1 billion in FY 2022, nearly doubling from the FY 2018 budget allocation. The federal government is highly interested in the integration of AI as well as its counterpart, Machine Learning (ML), which provides an opportunity for machines to continuously learn as they compute, driving more effective decision making.

While AI is often thought of to drive research and development, such as at NASA and other research-based government agencies, it also provides improvements in key areas of government interest:

AI implementation is improving efforts in virtually all government areas and activities, including agriculture, national security, transportation, and healthcare, among others.

The legislative and executive branch interest along with clear directives from the White House, is supporting continued AI investing. Analysts expect that funding for AI will continue for both the short and long term as it has bi-partisan support and recognition.

The National Security Commission on Artificial Intelligence, which was established by Congress in as part of the 2019 defense policy bill, called for more AI training opportunities for government employees.

More recently, bi-partisan support helped fuel the AI Training Act, signed into law in October 2022. The bill introduced by members of the Senate Homeland Security and Governmental Affairs Committee to support better training for federal workers on how to ethically use and better understand AI as part of the federal acquisition process. The program will include training on AI privacy and discrimination risks, the benefit it has to the US government, and its specific use in program management and procurement.

The AI Training Act is also meant to ensure that the federal government maintains a global leadership role, particularly in rapidly developing countries. This provides a competitive advantage over known adversaries, such as China, who made AI investments a priority in their own countries. The use of domestic AI technologies also provides a level of security and ethical use for federal government functions.

Successful implementation of AI, from local initiatives to the broader federal level can be seen:

As seen in the above case studies, while AI has allowed for significant advances, there remain limitations in how it can be used. For example, the USCIS use of Emma is limited to the data provided on the website. Emma cannot answer specialized or specific questions, which still requires users to call USCIS and speak to a human representative.

AI and ML rely on objective data to make decisions and does not have the capacity to use human subjectivity to review data. In certain instances, algorithms may identify perfectly legal or benign data as suspect, which still requires a secondary layer of human review to ascertain if the AI is correct. This can lead to inefficiencies if data sets, systems and algorithms are unable to account for these instances.

Important Considerations for Government When Working on AI Projects

While AI and related technologies provide numerous benefits and efficiencies, there are also particular concerns, especially for government use. The vast amounts of data collected and used in AI technologies create justified privacy concerns for technology users, whose online activity, IP addresses, and even some personal information can be commonly collected. Government entities with access to this information must be judicious and accountable regarding what information is collected and stored, as well as how it is used.

Transparency continues to remain a concern with government use of AI. For example, there are challenges in how information should be shared between government entities, such as between USCIS (US Citizenship and Immigration Services) and ICE (US Immigration and Customs Enforcement), for the tracking of illegal persons in the United States.

A parallel area of concern occurs in how AI uses algorithms and data to come to certain conclusions, especially about individuals. As more resources are devoted to training, government employees are gaining a better understanding of how AI works, and the transparency needed for its effective and accepted use.

Technological advances, such as those integrated via AI, also raise concerns with unionized government workers who fear that automation and machine learning may lead to the replacement of human workers. For example, the use of AI by the US Postal Service to automated rural delivery, has resulted in a review with postal service union representatives.

Finally, though AI fundamentally makes objective data-driven decisions, the data and systems used can introduce unintended bias. One area where this has been particularly problematic is in the use of AI in facial recognition, as there are limitations with darker skinned individuals.

Comprehensive training is a key contributor to AI implementation success. Enterprise Training Solutions offers a wide range of courses that can help government agencies, from basic introductory courses to planning AI implementation, cloud building support, and use of programming languages. To learn more about our course offerings, click here. 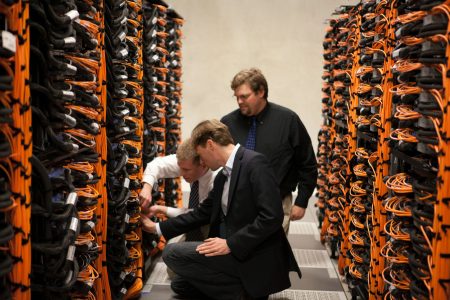 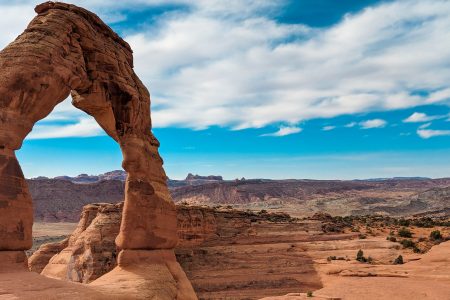 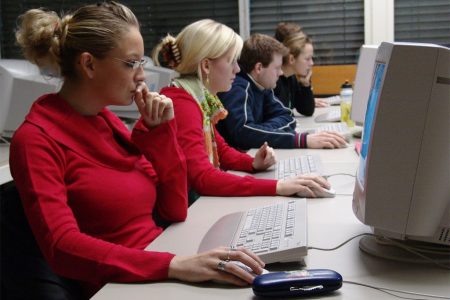